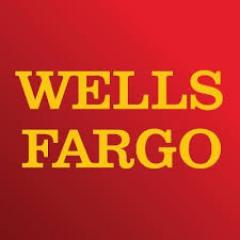 The suit, brought by MALDEF (Mexican American Legal Defense and Educational Fund) and Outten & Golden LLP on behalf of a college student who was granted Deferred Action for Childhood Arrivals or DACA, and the California League of United Latin American Citizens, alleges Wells Fargo violated federal and state laws that prohibit discrimination based on alienage and immigration status.

“All students should be treated equally in accessing the loan assistance needed to complete a university education,” said Thomas A. Saenz, MALDEF president and general counsel.  “The nation and California have a dire need for educated workers, and discrimination that impedes the expansion of that educated workforce is against the public interest and should be promptly eliminated.”

The plaintiffs include Mitzie Perez, a third-year undergraduate at the University of California, Riverside. Ms. Perez obtained a Social Security number and work permit through DACA, which allows immigrants who were brought to the U.S. as children to live and work in the U.S. lawfully.

In August 2016, she sought a student loan through Wells Fargo’s website. According to the lawsuit, Wells Fargo’s application required disclosure of citizenship status and Ms. Perez was denied a loan based on her response that she is a not a U.S. citizen or permanent resident.

In an attempt to better understand the reason for the denial, Ms. Perez returned to the prior screen on the bank’s website and changed her response to the question about citizenship to “I am a permanent resident alien,” and then received information about a student loan option, including a note at the top of the screen that read: ‘Based on the citizenship status you provided, a U.S. citizen cosigner will be required for this application,’” the lawsuit states.

“Our clients allege that Wells Fargo’s company-wide policy and practice of denying individuals the right to contract for a loan based on alienage is discriminatory under California and federal law,” said Ossai Miazad, of Outten & Golden. “This lawsuit should serve as a warning that banks must meet their obligations under the law.”

The lawsuit is also seeking class-action status to include all persons in the United States since 2014 who were denied the right to contract for a loan or other financial product by Wells Fargo because they were not U.S. citizens despite satisfying Wells Fargo’s Customer Identification Program (CIP) compliance.

Wells Fargo’s practices violate Section 1981, the Sections 51(b) and 51.5 of the Unruh Civil Rights Act, and Section 17200 et seq. of the California Unfair Competition Law, according to the complaint.

In June 2012, President Obama announced that Deferred Action for Childhood Arrivals initiative that allowed young immigrants who were brought to the U.S. as children without documents to remain in the U.S. and obtain work visas for two years; DACA is subject to renewal.