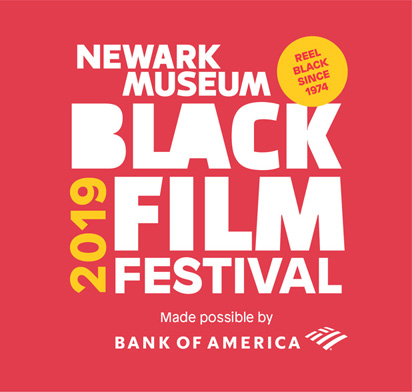 NEWARK, NJ – The Newark Museum Black Film Festival (NMBFF), the longest-running black film festival in the United States, is celebrating its 45th anniversary with a blockbuster lineup of films and documentaries.

In keeping with a cultural event that is authentically Newark, this year’s opening night will screen the HBO documentary United Skates on June 26 and will feature a one-of-a-kind experience – a pop up roller rink set up outside the Museum. The festival will close on July 31 with a screening of Boyz N the Hood and an appearance by Donald Bogle, a film historian and award-winning author. Other films in the line-up include Losing Ground (July 3); Sammy Davis, Jr., I’ve Gotta Be Me (Jul 10); and 72 Hours: A Brooklyn Love Story (July 24).

“Since 1974, we have been a constant champion of films for and by African Americans and the African Diaspora,” said Linda C. Harrison, the Museum’s Director and CEO. “In the beginning, we were one of the few places where you could see films that reflected the diversity of the black experience. In staking our claim to authenticity, we are embracing the tagline ‘Reel Black.’”

NMBFF also will include festival pop-ups focused on African films on Sunday, July 14; and Latina films on July 28. Additionally, the Museum has partnered with Woman in Media to present Girls on the Reel, a STEAM program that provides 15 high school girls from Newark with an opportunity to take stop-motion animation workshops in the Museum’s MakerSPACE. The students will create, shoot and edit a Museum-inspired motion picture that will be screened as part of the NMBFF on July 24 along with 72 Hours: A Brooklyn Love Story.

In the past 44 years, NBFF has screened more than 917 films to an audience of more than 194,000 adults and youth. Past films of note have included Selma, Ashes and Embers, Body and Soul, Do the Right Thing and Daughters of the Dust. In partnership with organizations and businesses in Newark, NMBFF films have been screened at Rutgers-Newark, the Newark Public Library and Cityplex 12.

“This year we will continue to uphold our mandate to bring the best of cinema from across the Diaspora to the citizens of Newark and surrounding municipalities,’’ said NMBFF Chair Richard Wesley.

“The intimate discussions between the audience and filmmakers is a unique aspect of NBFF,” said Pat Faison, NMBFF Coordinator who has been with the festival since its inception. Among the guests this year will be Oscar and Emmy nominated Samuel D. Pollard, who directed Sammy Davis Jr., I’ve Gotta Be Me.

The NMBFF started in 1974 with a touring black film festival that was put together by filmmaker Oliver Franklin who worked at the Annenberg Center for Communication, Art & Sciences at the University of Pennsylvania. The late Gus Henningburg, who was then the Executive Director of the Greater Newark Urban Coalition, learned about the festival and proposed it to the Newark Museum.

In 1976 when the touring festival was no longer available, the Museum made the decision to produce the Festival and established a Selection Committee, whose volunteer members represented important institutions in the community.

In 1981, a Children’s Festival was added, which is now called Youth Cinema. In 1985, the Museum initiated the Paul Robeson Awards to honor excellence in independent filmmaking in five categories.

Warrington Hudlin, President, Black Filmmaker Foundation said, ‘’The Festival came into existence to fill the void left by movie theaters that were fleeing Newark and other inner cities throughout the United States. The real beneficiaries soon became the newly minted generation of young African American filmmakers who were graduating from film schools with films under their arms and looking for a place to screen them. And even today, if a filmmaker wants to put his or her film to a litmus test for authenticity, I say ‘screen it in Newark’.’’

“Newark Museum Black Film Festival is a total and complete national treasure,” said actor- producer-director-filmmaker Penwah. “It is such an honor to be associated with such a groundbreaking and vital movement! The staff, the content, the participants – just plain and simple ‘blacknificence.’ They are official originators, not duplicators. Follow their lead!”
Financial support for the festival from Bank of America for the past 19 years has allowed it to expand in the past to venues beyond the museum, including the NJ State Museum in Trenton, Rutgers-Camden and Monmouth Arts Council in Asbury Park.

Tito’s Vodka is the official Spirit Sponsor for the second year. The 2019 NBFF season will begin on June 26 and run through July 31 at 6:30 pm. For a complete schedule, visit www.newarkmuseum.org/NBFF.