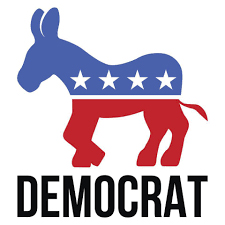 POUGHKEEPSIE – After a unanimous decision from its Executive Committee, Dutchess County Democrats have called on the Democratic National Committee to hold a debate specifically on climate change. The idea of a climate-focused discourse has gained momentum since being presented by the Sunrise Movement, a young activist group.

“The initial debates held in June made it clear that we need at least one devoted to Climate Change. In Miami, a city where the climate crisis manifests itself every day, a handful of the twenty candidates discussed climate change for less than fifteen minutes between both nights. Miami residents are regularly forced to flee shrinking coastlines, daily tides sometimes inhibit students going to school, and it is estimated that one-fifth of the city will be underwater by 2045 – yet climate change was treated almost like an afterthought,” said Michael Dupree, vice-chair of the Dutchess Democrats.

Though little known among its residents, Dutchess County’s “Resource Recovery Facility” – essentially an incinerator located in Poughkeepsie – is one of the largest polluters in the nation. Known for our river views, destination dining and pastoral landscapes, the County nonetheless has a D air-quality rating from the American Lung Association. Because the Molinaro administration appears to be doing nothing to improve the air residents breathe, the County committee is joining the 64% of all Democrats who agree that the degradation of the environment must be addressed by presidential candidates.

“In selecting the Democratic nominee for the 2020 presidential election, voters deserve to know where the candidates stand on the most urgent crisis we have faced in our lifetimes,” said Elisa Sumner the County Democrats chair.