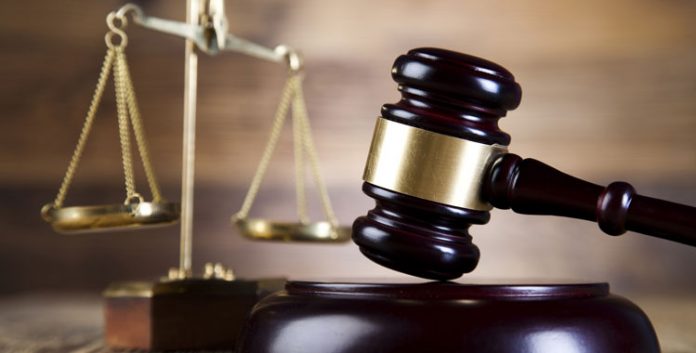 WASHINGTON, D.C. – Late Friday, U.S. District Judge Alison J. Nathan of the Southern District of New York issued a landmark decision holding that New York State’s refusal to include inactive voters on poll ledgers used in polling places on Election Day violates the Equal Protection Clause of the United States Constitution and the National Voter Registration Act of 1993. The opinion, following a four-day bench trial in October 2019, requires New York State election officials to provide the names of inactive voters to poll workers at all polling places throughout the State.

The Lawyers’ Committee for Civil Rights Under Law, together with LatinoJustice PRLDEF and the law firm of Dechert LLP, filed suit in federal court in New York on behalf of Common Cause New York in 2017 to restore the voting rights of more than one million inactive New York voters. Judge Nathan cited extensive evidence that New York’s practice of moving voters to “inactive” status based on a single piece of returned election mail resulted in tens of thousands of voters improperly moved to “inactive” status due to widespread postal service errors. The judge found that the refusal to include the names of inactive voters on lists used at polling places caused disenfranchisement, confusion, and delay for voters across New York.

Judge Nathan’s decision marks the first time that a federal court has found that a voting restriction violates individual voters’ rights “as applied” under the NVRA. Inactive New York voters such as Denise and Angela Roberts and Stephanie Goldberg testified in the case about their experiences of being disenfranchised in recent elections as a result of New York’s policies. Additionally, expert witnesses Marc Meredith and Trey Grayson testified about the widespread burdens imposed on voters throughout New York by the state’s procedures.

“This landmark decision tears down a wall that threatened to block millions of New York voters from the polls, and should also serve as precedent against efforts to suppress voting rights across the country,” said Kristen Clarke, President and Executive Director of the Lawyers’ Committee for Civil Rights Under Law. “Our democracy works when every legitimate voter can exercise his or her fundamental right and cast a ballot that counts. The Court’s decision reflects how New York’s antiquated voting laws and procedures have disenfranchised voters and that they continue to need reform.”

“We’re committed to ensuring that all eligible voters are able to participate in our democracy,” added Neil Steiner, a litigation partner at Dechert LLP in New York. “We’re delighted that Judge Nathan’s ruling protects the rights of inactive voters who have not moved and will also reduce confusion and wait times for all voters.”

“LatinoJustice applauds this precedential constitutional victory as we approach important 2020 election cycles,” said Juan Cartagena, LatinoJustice PRLDEF’s President and General Counsel. “The State must immediately implement the mandated Election Day operation reforms by providing polling site staff access to supplemental lists of names of invalid voters so that thousands of New Yorkers will be permitted to exercise their right to vote in upcoming primary elections.”

New York’s inactive voter and affidavit ballot practices, found by Judge Nathan to disenfranchise and impose burdens on voters, are emblematic of barriers across the country that burden voters and suppress the vote.

In recent years, many New York voters have contacted the Lawyers’ Committee through its Election Protection hotline to report difficulties and share their voting experiences. Election Protection not only provides information and resources to voters nationwide, but also assists voters in documenting the issues they have experienced so that jurisdictions can be held accountable for their election practices. A number of voters contacted the Election Protection hotline to report that they were not listed in the poll books and had to cast affidavit ballots in 2016 and 2018. Later, these voters submitted sworn witness statements, which the Lawyers’ Committee presented as key evidence in the case.