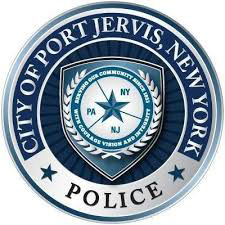 On March 19, at approximately 9:07 pm, City of Port Jervis police officers responded to an emergency call reporting an emotionally disturbed person with a knife inside a residence located at 67 Railroad Avenue. The initial investigation suggests that when officers attempted to confront the 47-year-old man, who was brandishing a knife, he refused to put the knife down and advanced on the police officers. One police officer discharged a taser which failed to immobilize the man with the knife, who was then shot. The 47-year-old man was transported to Bon Secours Hospital where he was pronounced dead.

In 2015, the District Attorney’s Office and all Orange County police chiefs adopted a protocol to be used when police officers use deadly physical force that results in death or serious physical injury to a suspect or bystander. The protocol designates the Orange County District Attorney’s Office as the “lead agency” in an officer-involved fatality investigation and provides that the New York State Police will be contacted and will be asked to assist the District Attorney in the investigation. The New York State Police are to process the scene of the incident to preserve all forensic evidence and will perform forensic analysis. The protocol is designed to enhance public confidence in the outcome of officer-involved fatality investigations, by removing the “involved police agency” from the investigation.

At the request of and with the consent of the City of Port Jervis Police Department, the protocol was activated in this investigation. New York State Police officers responded to the scene of the shooting and have recovered evidence and interviewed witnesses. District Attorney Hoovler personally responded to the scene along with Assistant District Attorneys and a District Attorney’s Office criminal investigator. The City of Port Jervis Police Department is fully cooperating in the investigation and, pursuant to the protocol, safeguarded the scene until the State Police arrived.

“The Port Jervis City Police Department is committed to ensuring that a transparent and independent investigation is conducted into this matter and have activated the Orange County Critical Incident Protocol to cooperate with the District Attorney’s Office and the State Police,” said City of Port Jervis Police Chief William Worden.

Police Chief William Worden also said that in his opinion, “Based upon the information we have thus far, our police officers responded to a dangerous, highly volatile situation involving an armed individual suffering from what appeared to be a severe emotional disturbance. Our officers made every attempt to deescalate the situation. Tragically, the rapidly evolving situation forced our officers to make a split-second decision to defend themselves from deadly physical force being used upon them.”

District Attorney Hoovler thanked the City of Port Jervis Police Department and the NY State Police for their cooperation in the investigation.

A criminal charge is merely an allegation that a defendant has committed a violation of the criminal law, and it is not evidence of guilt. All defendants are presumed innocent and entitled to a fair trial, during which it will be the State of New York’s burden to prove guilt beyond a reasonable doubt.