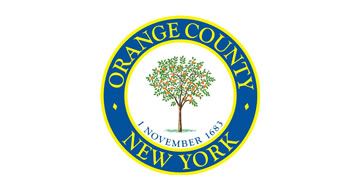 Of the handful of those who commented, all shared the same criticism; that the county’s process was not inclusive, or transparent.

Allan McClain of the Town of Wallkill said he felt selection for participation in the process was biased.

“This process has not been transparent whatsoever,” said McClain. “The fact that this board didn’t include anyone from the community, except for heads of other departments, shows that this department had no intention of including anyone in this process but the people that they wanted included in the process,” he said.

This position was voiced by all three people who spoke, criticizing that there was only one member of the advisory panel labeled as a “community member,” that being Julian Doellinger, with the argument that the executive order specified that the process be a collaboration between law enforcement and community.

Mercedes Ortiz of Walden maintained the meeting was held at an inappropriate time and not publicized adequately.

“It’s very hard to find out when these meetings are and today’s at four o’clock. What about people who work that aren’t able to hop on these calls,” said Ortiz. “It’s not fair to everybody else who cares about police reform. This meeting was extremely rushed and I don’t know the reason why,” she said.

Orange County Deputy Commissioner of Emergency Services Craig Cherry said public comments will be accepted in writing at the advisory board’s website for the next “few days” and the draft for the Executive Order 203 Action Plan will be presented to the county legislature’s Public Safety Committee on February 18th.

1,338FansLike
1,085FollowersFollow
5,855FollowersFollow
© Copyright © 2006-2021 Hudson Valley Press. All Rights Reserved. All rights reserved. | Use of this site indicates your agreement to the Terms of Use and Privacy Policy for our Site.