PHILADELPHIA, PA – The Army West Point softball team fought to a double header split with Saint Joseph’s University on Saturday afternoon. The Black Knights commanded the opening matchup of the day, taking a six-inning 8-0 shutout victory from the Hawks. Despite taking an early 4-0 lead into game two, the Hawks rallied in the bottom of the seventh inning to secure a 6-5 victory in game two.

With the Saturday split, the Black Knights hold a 2-3 record overall with only one non-conference matchup left before facing Colgate University in the Patriot League opener.

The Black Knights put runs on the board first in both games.

Jolie Duong was lights out for Army in game one, striking out four and only giving up two hits in 23 batters faced.

Caldwell led the Black Knights offensively with a 1-for-3 outing at the plate while tallying a run and two RBIs.

GAME 1
The Black Knights and the Hawks battled for runs in the first two innings as both pitching staffs held the lineups scoreless until the top of the third when Army broke things open.
Muffett punched a double to left center scoring Caldwell and Bebek to give Army an early 2-0 lead.

Duong expanded the Black Knights lead with a double of her own to score Snyder, improving Army’s lead to three.

Duong’s strength on the mound allowed the Black Knights to continue their hot streak at the plate, nailing four more runs in the fifth.

Caldwell opened up the inning with a leadoff homerun to left center for her first of the year.

Snyder then grabbed two RBIs on a single to center field, scoring Peters and Hurst.

Peters sealed the deal for Army in the sixth inning with an RBI single to left center to score Bebek.

Duong held off the Hawks in the bottom of the sixth to get her first victory on the mound.

GAME 2
Army wasted no time adding runs to the board in game two, with two scores in the top of the first.

Caldwell ripped a double to left field to score Muffett and Duong. Hurst quickly made it a 3-0 lead for the Black Knights, this time taking the ball the opposite field to score Caldwell from second.

Muffett tallied Army’s third double of the day in the top of the third to score Bebek, opening the game up to 4-0.

After a scoreless fourth and fifth inning Kaci Donaldson sent one over the left field fence for good measure, giving Army a healthy 6-0 lead.

SJU picked up momentum in the bottom of the seventh after a score on a wild pitch. The Hawks then added two RBI doubles to center field and a single to left, tallying five runs on three hits. 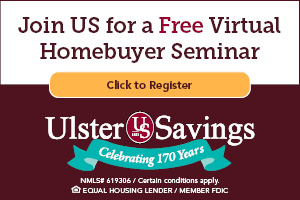