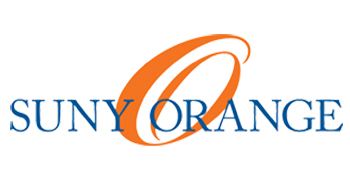 MIDDLETOWN – SUNY Orange announced that a total of 639 students in grades 6-12 attending Orange County high schools will receive 2021 Sojourner Truth Awards.
The College’s Sojourner Truth Awards Program honors students who have been nominated by school guidance counselors and principals for having demonstrated excellence in areas such as athletics, citizenship, creative arts, diversity, English language arts, foreign languages, perseverance/effort, sciences, and technology. The program aims to promote education in a positive manner and to motivate students to consider college as a viable and attainable goal.
Typically SUNY Orange holds an in-person recognition ceremony but will not do so this year because of the COVID pandemic and existing restrictions on large indoor gatherings. The students will receive their award certificates via regular mail.

Sojourner Truth, for whom the program is named, lived in the mid-Hudson Valley after escaping from slavery. She is hailed as one of the most distinguished and highly regarded women of the 19th Century. Born Isabella Bomefree (later spelled Baumfree) in about 1797 in Hurley, N.Y., Isabella was sold four times before she and her daughter were given their freedom in 1828. She spoke low Dutch until she was about 10 years old and never learned to read or write. In 1843 she changed her name to Sojourner Truth to reflect her chosen mission of traveling to show people their sins and telling them what is true. She is often cited as one of the most effective and powerful speech-makers of her time.

To learn more about this program, visit SUNY Orange’s Sojourner Truth website at www.sunyorange.edu/stap or call the Office of Student Services at (845) 341-4000.

1,338FansLike
1,085FollowersFollow
5,980FollowersFollow
© Copyright © 2006-2022 Hudson Valley Press. All Rights Reserved. All rights reserved. | Use of this site indicates your agreement to the Terms of Use and Privacy Policy for our Site.
WordPress Ads