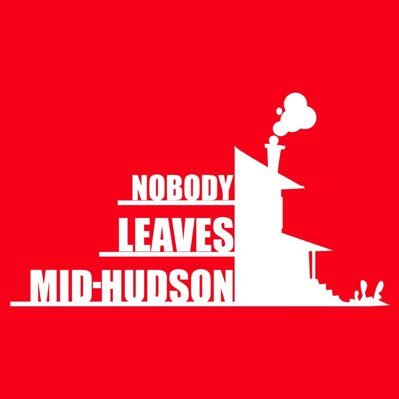 HUDSON VALLEY – Nobody Leaves Mid-Hudson announced on May 5, 2021 its endorsements for seven 2021 primary elections across the Hudson Valley. Endorsements include:

“We are proud to support each of these great candidates,” said Jonathan Bix, Executive Director for Nobody Leaves Mid-Hudson. “Our organization believes in a New York State and country that works for all of us, not just a greedy few. Electing these candidates will move us closer to that vision of the future while elevating the voices and needs of everyday New Yorkers.”

“What an incredible honor to be endorsed by Nobody Leaves Mid-Hudson,” said Sarah Salem. “The work they do in our community is nothing short of transformational toward the shift of power and representation to folks whose voices have not been heard. Thank you. I’m looking forward to continuing to work in partnership to build a Poughkeepsie and Hudson Valley that works for all of us.”

“I am honored to receive the endorsement of Nobody Leaves Mid-Hudson and appreciate their dedication and hard work on behalf of our community,” said Rachel Saunders. “Thank you for supporting my campaign to be Dutchess County’s next family court judge, and I look forward to bringing my legal skills, experience and compassion to our family court.”

“Nobody Leaves Mid-Hudson has continuously demonstrated its commitment, through grassroots organizing, to a more fair and equal justice system,’’ said Greg Johnston. “As a candidate who believes that Beacon deserves a more compassionate City Court, I am honored to have their endorsement.”

“I am proud to be endorsed by Nobody Leaves Mid-Hudson, an organization who fights for our community and pushes for equity which is what our campaign values stand for,” said Genesis Ramos. “To be backed by this dynamic grassroots organization that builds power through organizing is a direct reflection of how our campaign aims to mobilize the community at large and ensure that all voices are heard.”

“I am honored and humbled to have been endorsed by Nobody Leaves Mid-Hudson, a grassroots organization focused on mobilizing people within our community for the cause of equal justice,” said Anthony Grice. “Nobody Leaves Mid-Hudson has tirelessly advocated on behalf of marginalized communities. I am inspired by their work on municipal ID programs across cities in the Hudson Valley, the New York Green Light Law, their work on immigration, housing, racial and climate justice, among other important issues – I am overwhelmed by their commitment to our campaign. Together, we stand hand in hand ready to deliver fair, accessible, and efficient Clerk and Department of Motor Vehicle (DMV) services to all residents across Orange County.”

“As a lifelong Newburgh resident and proud daughter of immigrants, I am honored to have been endorsed by Nobody Leaves Mid-Hudson,” said Giselle Martinez. “Nobody Leaves Mid-Hudson is a people-powered, grassroots organization that has been at the forefront of various issues, fighting for housing, health care, immigrant rights and climate & energy justice. I eagerly join them on their mission to serve our community’s needs. Seguimos en la lucha!”

“It is an honor to receive the endorsement of Nobody Leaves Mid-Hudson,” said Laura Nordstrom. “To be recognized as someone who will put in the work and engage with the groups that have been on the ground as a first-time candidate is inspiring. Having the support of a grassroots organization that fights for our most vulnerable populations makes me proud.”

Nobody Leaves Mid-Hudson is a growing electoral force in the state of New York. Last year Nobody Leaves Mid-Hudson and its affiliated independent expenditure committee Nobody Leaves Mid-Hudson Action made 1.3 million calls and texts to mobilize New Yorkers to turnout to vote for their endorsed candidates, register to vote, and fill out the census. The organization’s efforts were key in electing Democratic State Senator Michelle Hinchey, who won by 2% of the total vote. Her victory flipped a seat held by a Republican for the last 6 years and gave Democrats a veto-proof majority, allowing them to pass a historically progressive 2021-2022 state budget.

So far in 2021, Nobody Leaves Mid-Hudson has made almost 160,000 calls and 50,000 texts to New Yorkers. The organization estimates that it will make 1 million total calls and texts by the end of the year.

Nobody Leaves Mid-Hudson is a grassroots organization fighting to win a New York State and country that works for all of us, not just a greedy few. We do that through organizing regular people – across race, age, and class – to come together and win campaigns and key elections that impact all of our day to day lives.

1,338FansLike
1,085FollowersFollow
5,878FollowersFollow
© Copyright © 2006-2021 Hudson Valley Press. All Rights Reserved. All rights reserved. | Use of this site indicates your agreement to the Terms of Use and Privacy Policy for our Site.