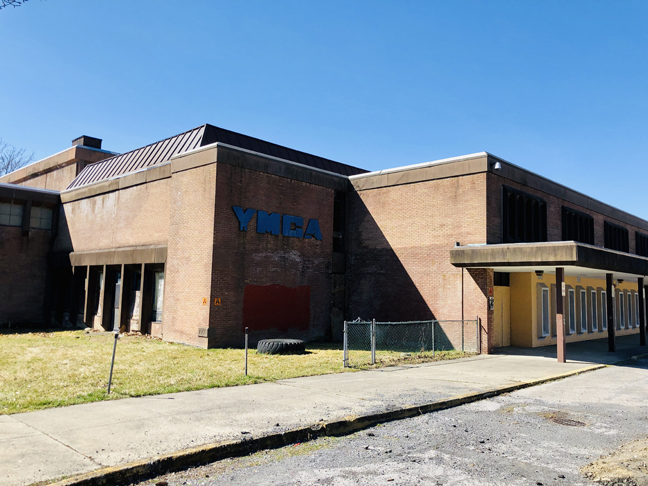 POUGHKEEPSIE – It was a bittersweet Monday night for the Poughkeepsie Common Council that closed its doors on old business and opened its doors for new ones. The council approved Dutchess County to take new ownership of the YMCA property at 35 Montgomery Street while saying goodbye to resigning Council Member Matt McNamara of the 8th Ward.

“A well-run community center serves as a thriving hub of activity for youth, family, senior citizens, civic organizations, park and recreation departments and even more,” said Heidi Kirschner, CEO/President of YMCA of Kingston and Ulster County. “A community without a community center simply cannot thrive.”

Dutchess County would buy the property from the city for $10 and invest up to $25 million into the project. Alexandra Ceribelli, Chef at the Culinary Institute of America (CIA) and single parent, said she is in full support of this project and would love to see it “come to fruition.” She said it would “take so much burden off of our families, off of our community and really be a central vocal point for us to engage in with our youth.”

More positive news was shared by Sarah Salem, Common Council Chair, who said there’s potential to reopen the public chambers for future council meetings as more people become vaccinated. Salem said it’s unlikely for this to happen in the next few meetings, but it will be seemingly soon.

There’s an ongoing search for an interim council member to undertake McNamara’s role in the 8th ward from the end of June to the end of December. McNamara’s decision to resign from the council wasn’t taken lightly, but he felt this was a decision in the best interest of his family.

Following this emotional moment for council members and the public, Council Member Natasha Cherry addressed her concern for the increase of homeless people in the city while Council Member Marc Nelson addressed the noise concern coming from the motorcyclists that rev their motors and disrupt the public peace.

“There are so-called off-road vehicles, including two-wheeled motorcycle type dirt bikes and four-wheeled quads that are literally terrorizing residents throughout some of our city parks,” Nelson said. “We have reports of them throughout the city.”

“What we are proposing is a local law that has some teeth that would allow for the confiscation of the vehicle,” he said. There will be exceptions, but as Nelson stated, “this is extremely risky behavior. Our police department has a do not pursue policy which means unless there is a clear and immediate danger to life they are not authorized to pursue.”
Nelson is completing a final draft and plans to form a public hearing soon, perhaps in the next month.

The city took ownership of the property in early 2019 after the former YMCA building shuttered and was left dormant. The city issued a Request for Expressions of Interest (RFEI) to the public and interested parties, seeking proposals to develop a youth and community center and held several public meetings to obtain more public feedback. City Administration officials understood from the inception that the city does not have the financial capacity to complete this project on its own and was looking for partners.

The 35 Montgomery Community Coalition – which includes Dutchess County, youth-oriented organizations as well as education and health care leaders – emerged as the successful respondent to the RFEI process after presenting its plans to the public at another public meeting in October 2019. The coalition has been working together to determine the most appropriate organizational structure to advance the project.

The coalition, which also includes the YMCA of Kingston and Ulster County and DAY ONE Early Learning Community, seeks to create a multi-use facility that would provide services connected to their respective missions in the community.

In March, Mayor Rob Rolison, Dutchess County Executive Marc Molinaro and coalition stakeholders gave a special presentation about the proposal to the Common Council.
The city, county and the 35 Montgomery Coalition will work to secure funding sources in addition to the county’s $25 million commitment. A stakeholders’ advisory board, which will include the 35 Montgomery Coalition and the city, will be created to have input on the design of the youth activity center and its future operations. The transfer of the property and bonding issues now go to the Dutchess County Legislature for approval, which would lead to the demolition of the existing decaying structure, the creation of a community space and the design and construction of the new youth center.