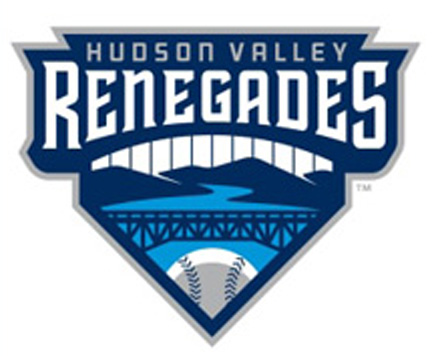 WAPPINGERS FALLS – Dutchess Stadium will be home to the Hudson Valley Renegades, a Class A affiliate of the New York Yankees, for another 25 years under a new lease agreement between the Renegades and the County, to be ratified by the Dutchess County Legislature and Major League Baseball. At a meeting of County Legislature’s Public Works & Capital Projects Committee, resolutions were presented to authorize transformative improvements to Dutchess Stadium, the nearly 30-year-old County park, as well as purchase the land on which Dutchess Stadium lies. The planned stadium improvements are among the County Park priorities as part of the “Dutchess Invests” plan to utilize the one-time American Rescue Plan (ARP) funding from the Federal government. The new lease agreement, land purchase and stadium improvements will generate new cash flow for the County, totaling nearly $600K annually and enable the County to establish a Parks Reserve for future county park projects.

County Executive Marc Molinaro said, “Dutchess Stadium remains an economic engine for our county, employing our neighbors, attracting thousands of visitors from throughout the region and adding revenue which offsets taxes for County residents and businesses. The two proposals before the Legislature will enhance Dutchess County’s ability to benefit from the stadium’s use.”

“Instead of paying annual rent to a landlord, Dutchess County will own the land on which the stadium resides, making the park a wholly owned County asset. The Hudson Valley Renegades’ new designation as the New York Yankees’ High-A affiliate will bring even more fans to Dutchess Stadium. The proposed renovations to the park, required by Major League Baseball for all of its High-A affiliates, will ensure the Renegades remain at our County park for the next quarter-century.”

ARP funding will be utilized to make $12.5 million worth of improvements to Dutchess Stadium to bring the ballpark up to Major League Baseball’s (MLB) standards for its affiliated teams and enhance the experience for fans. The Hudson Valley Renegades were reclassified, prior to the 2021 season, by MLB as a High-A affiliate, substantially increasing the number of home games they play at Dutchess Stadium each summer. Legislative approval will authorize the County to construct a new clubhouse for the Renegades; build new pitching and batting areas; as well as new seating area and enclosed event space, among other improvements. The County will utilize APR funding to invest in these improvements, rather than bond for the investment, saving more than $2.5 million in interest payments.

These improvements are part of the new 25-year lease agreement with the Renegades, ensuring the team will be playing at Dutchess Stadium through at least 2046. The new agreement also provides for new revenue for the County, including base rent; event revenue including parking; and stadium naming rights revenue. Combined with expense savings that the County will realize as part of the new agreement, there is an annual net benefit to the County of approximately $600K annually.

The new cash flow will enable the County to establish a reserve account dedicated to Parks that can be used for maintenance or capital projects at any County park and will be appropriated from the reserve by either resolution or as part as of the adopted annual County Budget.

“Investing some of the one-time ARP funding into these stadium improvements will create multi-year benefit. Establishing a reserve account for our County Parks will help to make ongoing improvements for our park facilities, which our residents and visitors truly value,” said Molinaro.

These resolutions also include the purchase of the land on which the stadium sits from the Beacon City School District, which the County has leased since Dutchess Stadium was built in 1994. Earlier this year, the district and its residents approved the sale of the roughly 33 acres to the County for $627,000. The resolution before the Legislature will authorize the County to finalize the purchase of the land from the district.

Legislator Doug McHoul, a co-sponsor of the resolution to approve funding for the renovations, said, “For almost three decades, families throughout Dutchess County, like mine, have enjoyed the high-quality family entertainment the Hudson Valley Renegades have offered at Dutchess Stadium, and it makes sense for our County to both own the entire facility and land, and bring it up to modern standards. These resolutions will keep professional baseball in Dutchess County for 25 years while continuing to generate revenue that will benefit residents throughout the county.”

The full Legislature passed two resolutions during its monthly board meeting on Monday, June 14.

1,338FansLike
1,085FollowersFollow
5,823FollowersFollow
© Copyright © 2006-2021 Hudson Valley Press. All Rights Reserved. All rights reserved. | Use of this site indicates your agreement to the Terms of Use and Privacy Policy for our Site.