BEACON – How often do we hear, “live and direct from Addis Ababa?”

Their music derives from traditions found in that region, known as “the horn of Africa,” but they add their own contemporary twists that can bring in flavors of rock, psychedelic and regional roots. 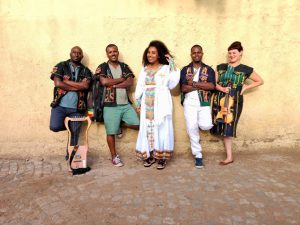 Tickets are lower if purchased in advance through the website: www.howlandculturalcenterTIX.com. Tickets purchased at the door are normal price.

The Howland Cultural Center is at 477 Main Street in Beacon’s vibrant downtown. The Center has been presenting performing and visual arts for 43 years. The building, designed by famed architect Richard Morris Hunt, dates to 1872. The Center is observing the 150th anniversary of “the Jewel of Beacon” this year.