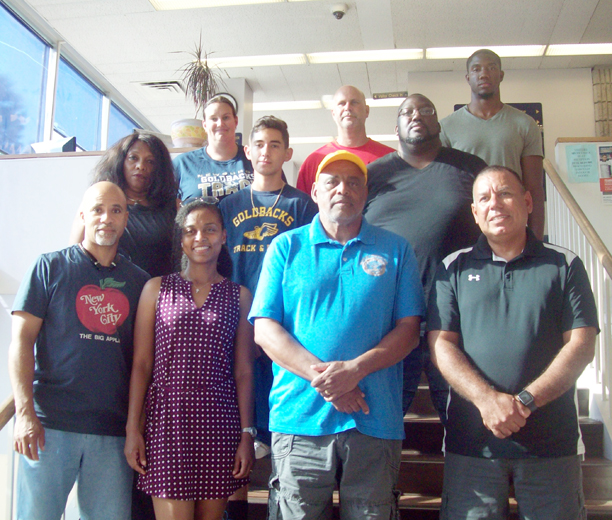 NEWBURGH – Last Tuesday night the Newburgh Enlarged City School District held a Special Meeting, involving an Executive Session. One of the “Recommended Action” items involved the approval of several Winter Sport’s Team Coaches. However, the very popular, successful Indoor Boys Track Coach, Malcolm Burks, was not among the people listed for approval. That vacancy spurned a host of parents, team members-past and present, community members and several others to show up at the meeting offering support for a coach that are insisting is being discriminated against on multiple levels, and they are willing to do whatever it takes to see that he is treated fairly. Although this meeting did not allow community members to offer any verbal input, the next scheduled meeting, slated for next Tuesday, August 13 ,will offer that opportunity. It is then that those pictured, along with many others, will be back, and promise to express their opinions on this issue as well as solid support for Burks.