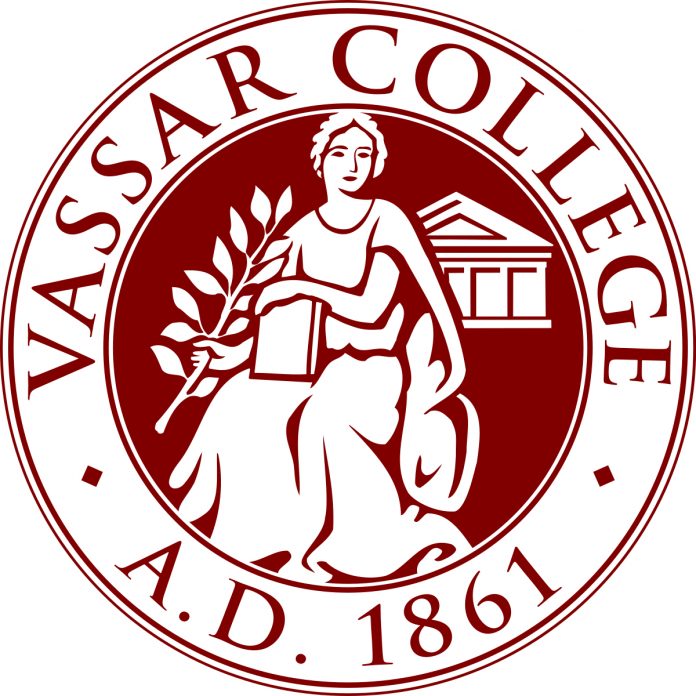 
POUGHKEEPSIE – As the nation marks the 100th anniversary of the adoption of the 19th Amendment, Vassar College is presenting an online exhibit on the women’s suffrage movement, highlighting the contributions of faculty, students, and alumnae. The exhibit is titled “Votes for Women: Vassar and the Politics of Women’s Suffrage.”

The exhibit, which includes numerous documents and photographs from Vassar’s Archives and Special Collections Library, was curated by Special Collections Librarian/Cataloger Mark Seidl. Seidl said some of the photos and documents he chose for the exhibit had been provided by families of alumnae who were active in the suffragist movement. “Some of the material had been donated over the years, and some of it was material the College had in its own archives,” Seidl said.

The exhibit also includes an essay by Vassar Professor of History Miriam Cohen that traces the women’s suffrage movement from the mid-19th century to the passage of the 19th Amendment in 1920. The essay chronicles the contributions to the movement made by Vassar students, alumnae, and faculty, including students Harriot Stanton Blatch (daughter of suffragist Elizabeth Cady Stanton), Crystal Eastman, and Inez Milholland; and Professors Lucy Maynard Salmon, Gertrude Buck, and Laura Wylie (class of 1877).

Cohen said she had been teaching material about women’s suffrage for many years but gained new insights into the movement when she read recent research by other scholars as she prepared her essay. “Writing the essay gave me the opportunity to learn a lot about the new scholarship on the diversity of the movement,” she said. “And one of my ‘aha’ moments was learning about how many of the Vassar women in the movement went on to become connected to other social movements. They saw that voting was the key to other social reforms.”

Ronald Patkus, head of Special Collections at the library, lauded Seidl and Cohen for their work on the exhibit and said he hoped it would enable viewers to see its relevance to today’s political landscape. “The exhibit definitely allows us to draw historical context, to see how people of another time responded to this issue as we look at how we might respond to issues surrounding voting rights today.”

Cohen agreed. “When the right to vote was won, women at the time knew the struggle would continue,” she said. “The victory was important and it showed that with mass organizing, you canwin. It’s something to be celebrated, but it’s also a reminder that we have to be ever vigilant and ever aware that these rights can be taken away.”

As part of Vassar’s observation of the centennial of women’s suffrage, the College will host an online event on Saturday, featuring lectures by Sherrilyn Ifill ’84, President and Director-Counsel of the NAACP Legal Defense and Educational Fund, and Robyn Muncy, Professor of History at the University of Maryland.