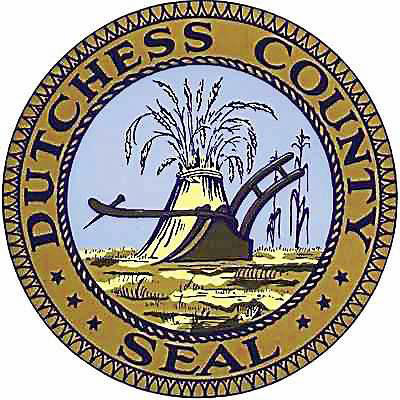 POUGHKEEPSIE – With the recent passing of Dutchess County Sheriff Butch Anderson, local leaders are asking Governor Hochul to appoint 14-year Undersheriff Kirk Imperati, a Republican, to the position. Democratic county lawmakers are seeking to slow the process down.

On Monday, Legislature Chairman Gregg Pulver circulated a letter to all 25 legislators to sign, asking the governor to name Imperati to the position, fulfilling the wishes of the late Sheriff Butch Anderson. All GOP lawmakers signed the letter as did Democrat Randy Johnson who represents a portion of the City of Poughkeepsie.

The legislature’s letter to Hochul says in part, “Acting Sheriff Imperati served as Undersheriff for 14 years and understands the needs of the department and knows each officer by name. We believe that he is completely capable of leading the men and women of the Dutchess County Sheriff’s Office. As a Legislature, we look forward to working with him in his official capacity.”

Democratic Minority Leader Rebecca Edwards and fellow her Dems except for Johnson declined to sign it and chose to send a letter of their own to Hochul. The letter asks for the appointment process to be delayed. “We believe attention should be focused on Sheriff Anderson’s passing. We respectfully ask that you delay making an appointment in this period of remembrance and mourning.”

Chairman Pulver, in lobbying for Imperati’s appointment, said, “An appointment to sheriff should be someone who understands the department and its officers. Kirk Imperati has the ability to not only fill the position in the short-term, until a special election can be held, but also continue the transformative work of Sheriff Anderson.”

The only Democrat to hold a countywide office is Comptroller Robin Lois. She told Mid-Hudson News that, if Governor Hochul seeks her input, she will recommend Imperati for the job. “I will say there is no other choice,” Lois said.

Legislator Giancarlo Llaverias, an outspoken critic of the Dutchess County Sheriff’s Office, did not support the GOP letter, telling Mid-Hudson News, “The letter coming out of the Republican caucus is a letter that I need more time to think about. On the surface, I do think it is too fast of a decision to make and that the seat of sheriff deserves a more careful deliberation.”

Dutchess County Executive Marc Molinaro is also asking Hochul to name Imperati to the position. Molinaro sent a letter to Hochul. “Undersheriff Imperati is a paragon of integrity, universally respected throughout his department and the community, having dutifully served alongside Sheriff Anderson as his second-in-command for the past 14 years,” Molinaro wrote.

The county executive spelled out a number of accomplishments that Imperati has achieved, closing the letter saying, “In short, Undersheriff Kirk Imperati is the right person to continue to lead the brave men and women of the Dutchess County Sheriff’s Office, and I throw my unequivocal and unwavering support behind him. He is a credit to law enforcement and Dutchess County, and I ask you to allow him to continue to serve the community that respects him.”

1,338FansLike
1,085FollowersFollow
5,960FollowersFollow
© Copyright © 2006-2022 Hudson Valley Press. All Rights Reserved. All rights reserved. | Use of this site indicates your agreement to the Terms of Use and Privacy Policy for our Site.