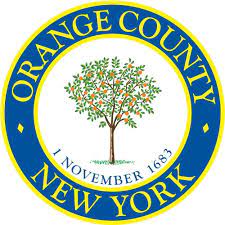 Monkeypox is a viral infection that is extremely rare, which often does not cause serious illness; however, it can lead to hospitalization and death, especially if left untreated. Infections spread through close physical contact between individuals or between individuals and contaminated objects, and typically last about two to four weeks.

As of July 18th, there have been at least 651 confirmed cases of monkeypox identified throughout New York State, the vast majority of which (an estimated 618) are in New York City. The first infection outside of New York City was identified in Sullivan County on June 7th. Additional monkeypox infections have been reported and confirmed in Westchester, Suffolk, Nassau, Monroe, Erie, Chemung, Albany, Rockland and St. Lawrence Counties.

“Orange County has demonstrated our ability to respond to the spread of communicable disease in the past,” Dr. Gelman said. “We continue to be in contact with the State Department of Health to ensure we have the resources necessary to protect our residents.”

For additional background information on the symptoms of monkeypox, how the infection spreads, strategies to avoid exposure, and steps to take if an infection may have occurred, please visit www.health.ny.gov/diseases/communicable/zoonoses/monkeypox/.

1,338FansLike
1,085FollowersFollow
5,974FollowersFollow
© Copyright © 2006-2022 Hudson Valley Press. All Rights Reserved. All rights reserved. | Use of this site indicates your agreement to the Terms of Use and Privacy Policy for our Site.
WordPress Ads