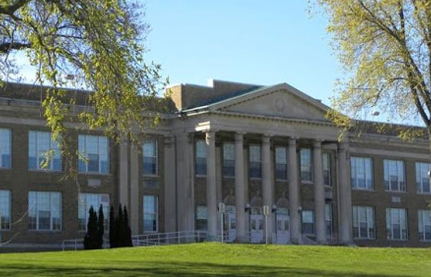 NEWBURGH – The Newburgh Enlarged City School District (NECSD) is excited to announce it is among 10 school districts worldwide awarded a 2022 IBM Education Security Preparedness Grant . The grant was created to help schools proactively prepare for and respond to cyberattacks and the growing threat of ransomware against schools. IBM will grant a total of $5 million in in-kind services. Each grant, for services valued at $500,000, will sponsor IBM Service Corps teams to provide in-kind security services and help address cybersecurity resiliency.

“Partnering with industry leaders to provide additional reviews of our systems and infrastructures to protect student privacy will help further enable our district to better serve our children. Any inspection of potential data privacy vulnerabilities is essential in this day and age. We are pleased to be among this exclusive group to work with IBM as experts in the area of data privacy and overall protection,” said Dr. Jackielyn Manning Campbell, Superintendent of Schools.

As education institutions experience more and more cyberattacks, they’re also dealing with significant costs as a result. IBM’s 2022 Cost of a Data Breach Report* revealed that the cost of a data breach averages $3.86 million for education institutions. The same report found that 49% of data breaches the industry experienced were caused by a malicious attack, highlighting that cybercriminals view schools as compelling targets. Nearly 30% of breaches in the education industry occurred due to human error, emphasizing the need for proper cybersecurity training and education in schools.

NECSD was selected to receive the grant among more than 120 applications from schools across the U.S. Our school district will be working with IBM Service Corps teams to help proactively prepare for and respond to cyber threats by creating incident response plans, ransomware playbooks, updating technology, cybersecurity training for school communities, and more.

“Ransomware operators are increasingly setting their sights on schools, putting more pressure on these institutions to prioritize their cybersecurity. Cyberattacks on schools do not only impact the schools themselves, as the aftermath cascades down to students and their families, creating a very palpable effect on their communities,” said Charles Henderson, Global Managing Partner, and Head of IBM Security X-Force. “We’re proud to be able to support schools through this initiative, now in its second year, by helping to address critical gaps in security resources and planning and preparedness.”

“We’re excited to be launching this program for the second year in a row as part of IBM’s Corporate Social Responsibility initiatives to help schools strengthen their security postures in response to the growing threats in the education space,” said Patrice Key-Rhone, Global Director of Employee Giving & Volunteerism at IBM. “At IBM we’re committed to supporting schools around the globe via our education and volunteer programs in order to help create equitable impact.”

IBM Service Corps volunteers are expected to be working with the schools to help them proactively prepare for and respond to cyber threats. Depending on each school’s needs, the engagements may include the creation of incident response plans, ransomware playbooks, updating technology, cybersecurity training for school communities, and more.

The Newburgh Enlarged City School district is located at “The Crossroads of the Northeast,” an area on the west bank of the Hudson River 60 miles north of New York City and 80 miles south of Albany. The school district serves students from four neighboring municipalities: the City of Newburgh, the Town of Newburgh, New Windsor, and a small portion of Cornwall. Six elementary schools (including a Pre-K center in one building), one K-8 school, one middle school, and the high school are in the City of Newburgh. The remaining schools are spread throughout the other municipalities. The district currently consists of seven K-5 elementary schools, two K-8 schools, two middle schools (grades 6-8), and one high school (grades 9-12 over 3 campuses) that educates a diverse population of approximately 12,000 PreK-12 students.

* Cost of a Data Breach Report 2022, conducted by Ponemon Institute, sponsored and analyzed by IBM