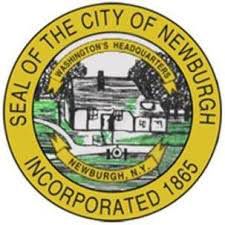 NEWBURGH – The City of Newburgh announces a groundbreaking African American Oral History Project and issues a call for individuals to share their stories, and for community interviewers to help document those experiences. The Project, funded through the National Park Service’s African American Civil Rights grant program, will center the legacy of the City’s African American community in the East End Historic District (EEHD) to ensure historic preservation efforts prioritize cultural significance and community preservation alongside architectural integrity. The collected stories will spotlight the destabilizing effects of 20th century government-led segregation strategies in and around the EEHD, including urban renewal, housing discrimination, anti-Black lending practices, suburbanization, and white flight.

The African American Oral History Project comes as gentrification in the City of Newburgh has accelerated: between 2010 and 2019, an estimated 1,886 Black or African American residents relocated from the EEHD. Next stages of the Project will include a significant educational outreach campaign, along with concrete recommendations to incorporate these oral histories and archival research into the Newburgh Enlarged City School District’s K-12 curricula.

“The City of Newburgh has undertaken deliberate work to undo decades of mismanagement and structural inequity,” said Todd Venning, Newburgh’s City Manager. “This work is deeply rooted in community resiliency and restorative justice, and the African American Oral History Project will inform our efforts.”

Those who wish to provide oral history documentation, or to participate in the project as an interviewer, please contact Neighborhood Stabilization Coordinator Nick Edward at (845) 569-9400, or by email at nedward@cityofnewburgh-ny.gov. Those interested in participating as an interviewer should plan to attend training on Tuesday, January 10th from 5-9pm at Habitat for Humanity, located at 125 Washington Street. Black or African American individuals are encouraged to attend.