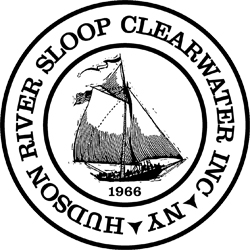 BEACON – The Hudson River Sloop Clearwater, Riverkeeper, the Indian Point Safe Energy Coalition, Safe Energy Rights Group and other citizens’ organizations are expressing their strong support for a bill in the New York State Legislature that would create a state oversight board on nuclear plant decommissioning, and are calling for it to come to a vote in this legislative session.

The Indian Point nuclear power plant in Westchester is shutting down and entering decommissioning now. Its IP2 reactor powered down permanently this April, the remaining reactor IP3 will close next April. Other plants in upstate New York will follow suit in the years ahead. Decommissioning nuclear plants entails breaking apart and shipping highly radioactive plant components, addressing radioactive site contamination and managing, and storing and/or shipping spent fuel inventories, which at Indian Point represent some of the highest concentrations of lethal radioactivity on earth, some of which has leaked into groundwater and the Hudson. Decommissioning decisions can have profound environmental, economic and public health consequences, and need appropriate regulation and oversight.

The pending bill, NYS Senate 8154 / NYS Assembly 10236, would create the first ever Nuclear Generating Station Decommissioning Oversight Board, to be composed of relevant State agencies, diverse stakeholders and concerned citizens. It would bring State agencies to the table to oversee and monitor decommissioning decisions, and provide a channel for public input into how private companies conduct decommissioning work. The bill would be the first measure of its kind in the U.S., and if enacted could serve as a model for other states.

“The need for a decommissioning oversight board at the Indian Point Energy Center is obvious because of the number of complex issues involved in this major undertaking,” said the bill’s Senate sponsor, Pete Harckham, who is a member of the Senate Committee on Environmental Conservation. “Residents are duly concerned that the financial, environmental, and economic aspects are all handled properly. This legislation will allow the state to bring together the necessary resources and expertise to effectively oversee the entire process. I offer my thanks to Assemblywoman Sandy Galef and a number of community stakeholders for their assistance with this legislation.”

“As Indian Point moves from active energy generation toward decommissioning, our community needs to be reassured that it is done safely,” said Assemblywoman Sandy Galef, who sponsored the bill in the Assembly. “Decommissioning a nuclear power plant is a large undertaking that can cause serious harm if mismanaged. This oversight board would provide much-needed transparency. This is particularly important given the prior business practices of Holtec, the company poised to take on decommissioning. I fear that without proper oversight, they might not take seriously the procedural safeguards that are necessary to safely shut down Indian Point and protect the spent fuel rods on site. We need this legislation to pass so that we can hold Holtec accountable and be sure that our community is kept in safe hands.”

“Decommissioning poses potential threats to the public and the economy,” said Manna Jo Greene, Environmental Action Director of Hudson River Sloop Clearwater. “New York State needs this oversight board so that the relevant agencies can coordinate and exert their authority over the decommissioning process more effectively with input from key community members. It would make the process more accountable to the State and the public. The 2020 session of the Legislature will go down in history for passing landmark measures on pandemic relief and police reform. But decommissioning, which is getting underway at Indian Point now, is every bit as pressing and impactful as those issues. That’s why it can’t wait. Clearwater strongly supports the bill to create the Decommissioning Oversight Board and we urge leaders to bring it to a vote in this session.”

“Last week the Legislature passed three bills now awaiting the Governor’s signature which would help retain existing nuclear plant workers during decommissioning, extend payment in lieu of taxes agreements for former energy generation facilities, and enable the taxation of spent fuel rods and casks that remain on site,” said Richard Webster, Legal Program Director at Riverkeeper. “Those are all very important steps, but it’s also urgent to establish State oversight of decommissioning decisions. Holtec, the company seeking to acquire Indian Point, has a history of lies, bribes, and risk-taking, and lacks capitalization of its own. Holtec and other decommissioning companies are eager to capitalize on public money, especially the large decommissioning trust funds. These companies aren’t set up to protect our environment, public health or financial interests. The Nuclear Regulatory Commission has long been under the industry’s sway, and is rubber-stamping whatever they want to do. It’s therefore up to the State to advocate for New Yorkers’ interests. The new bill would accomplish that and we urge the legislature to take it up without delay.”

“As it stands now, decommissioning decisions are already being made by Entergy and outsider companies like Holtec with almost no NRC oversight,” said Nancy Vann, Co-Chair of Safe Energy Rights Group. “The companies proposed to take over Indian Point are Holtec subsidiaries that are structured as LLCs and can go bankrupt without damaging their parent companies. They will have no financial resources except for the Decommissioning Trust Fund, which was paid for by electricity customers over many decades. We need to ensure that Holtec, a company with a history of fraud and illegal financial actions, won’t use up the Fund, walk away, and leave New York State liable for remaining cleanup costs. A Decommissioning Oversight Board is crucial in preventing that, and in representing the vital interests of New Yorkers in decommissioning decisions. The legislation to create the Board should be voted on now and added to the Legislature’s record of achievement this session.”