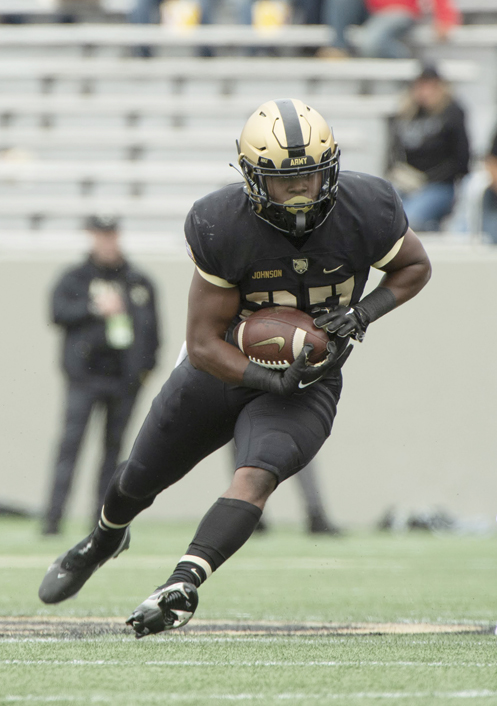 Isaiah Alston caught seven passes for 127 yards and a touchdown while Marquel Broughton led the Army defense with ten tackles.

Army drove into the red zone on its opening possession, highlighted by a 47-yard pass from Tyhier Tyler to Tyrell Robinson. The Black Knights would lose a fumble deep into the Demon Deacons’ territory, with the home side putting together a 93-yard drive to respond and go ahead 7-0.

Army kept its next drive alive by converting a fourth-and-short from its own 11-yard line, before ultimately punting the ball away. Wake Forest would once again capitalize on its possession, with Justice Ellison punching in a two-yard touchdown rush with 2:20 left in the first quarter.

Facing a 14-0 deficit, Army was unable to put together a scoring drive, with Wake Forest rushing in a second two-yard touchdown with 2:37 remaining in the half. The Demon Deacons would take a 21-0 lead into halftime after forcing a second turnover on the Black Knights final possession.

Receiving the second half kickoff, Wake put together its quickest touchdown drive on the night, scoring 90 seconds into the half with Sam Hartman finding A.T. Perry with a 26-yard TD pass to go ahead 28-0. Wake would add a fourth rushing touchdown later in the quarter along with a field goal, pulling ahead 38-0 before the start of the fourth.

Jemel Jones led the Black Knights down the field on Army’s next drive, highlighted by a 25-yard rush from Jones to take the ball into Wake Forest territory. On a third down play, Jones found Isaiah Alston up the seam for a 20-yard touchdown strike to make it 38-7, marking the first touchdown of the season for both.

Wake Forest would add a final touchdown with 4:21 remaining, before Jones hit Alston for a 67-yard pass on Army’s final drive, giving him his second 100-yard receiving day of his career (2021 vs. Wake Forest). Quinn Maretzki knocked in a 33-yard field goal with 2:56 remaining to make the final score 45-10.

Army will return to Michie Stadium this Saturday to take on Colgate with kickoff set for 12:00 p.m.